… a site devoted to the New York Mets’ dubious streak of having never pitched a no hitter in franchise history. The streak has now lasted:

A Mets pitcher has never hurled a no hitter?

That’s correct. A pitcher on the mound for the New York Mets has never thrown a No-No. 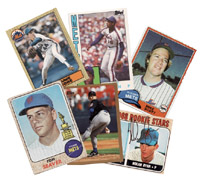 Yes, Nolan Ryan pitched seven no hitters during his Hall of Fame career, but they all came after he was traded by the Mets. And Tom Seaver finally got his sole no hitter as a Cincinnati Red during his first season away from the Mets. In fact, six former Mets pitched no hitters after leaving New York. Mike Scott (Houston Astros), Dwight Gooden (New York Yankees) David Cone (Yankees) and Hideo Nomo (Boston Red Sox) round out the list. Click here for more details.

Were there also Mets pitchers who threw no hitters prior to joining the Mets? 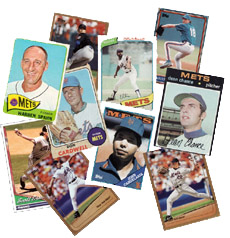 OK, so why launch a Web site devoted to this? 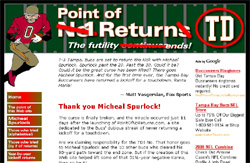 I understand the skepticism, but hear me out. I am a lifelong Mets fan, but my football team is the Tampa Bay Buccaneers. On Dec. 5, 2007, I launched PointOfNoReturns.com, a site dedicated to the Bucs’ equally dubious streak of never returning a kickoff for a touchdown. Eleven days later, Michael Spurlock returned a kickoff for a touchdown, ending 31¾ years of futility. Coincidence? Who knows, but I thought a Mets no hitters site was worth a try. 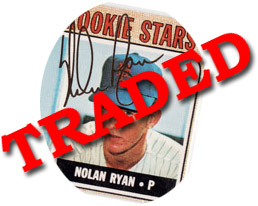 Well it’s no surprise that the Mets didn’t throw a no hitter through most of the 1960s as they simply weren’t that good of a team. But with Ryan, Seaver, Jerry Koosman and Jon Matlack on the roster, the Mets surely had enough talent on the roster from the late 1960s to the mid 1970s to get it done. Some trace the curse back to Dec. 10, 1971, when the Mets traded Nolan Ryan along with pitcher Don Rose, catcher Francisco Estrada and outfielder Leroy Stanton to the California Angels for infielder Jim Fregosi. Ryan went on to throw seven no-nos and the Mets still have none.

Hey, back up a few sections there. Did you say that Dock Ellis pitched a no hitter while tripping on acid? 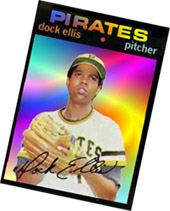 Yes, and it’s apparently not an urban legend. He thought the Pirates had a day off and decided to drop a few tabs before realizing that Pittsburgh had a doubleheader and he was scheduled to pitch Game 1. The Dallas Observer, an alternative weekly, has a comprehensive retelling of the odd feat, quoting a now drug-free Ellis. The win apparently wasn’t pretty, as Ellis walked eight and hit at least one batter.

Back to the Mets, I’m pretty sure they’ve had some one hitters, right?

Yes, 30 as of this site’s launch at the start of the 2008 season, including two taken into the ninth inning by Tom Seaver. See the full list here. Most recently, Tom Glavine in 2004 took one into the eighth against Colorado before Kit Pellow hit a double. In 2007, John Maine no-hit the Marlins for 7 2/3 innings before Paul Hoover got an infield single down the third base line, ending Maine’s quest. Maine had 14 strikeouts in the 13-0 win, but he doesn’t make the Mets’ one-hitter list as Manager Willie Randolph pulled him in the eighth.

Wow, will I ever get to see a Mets no hitter?

I sure hope so. I have high hopes that either Pedro Martinez, Johan Santana or John Maine will break the curse this year. (Note that as an Expo in 1995, Martinez threw 9 innings of no-hit ball in a game that was 0-0 after nine, but he gave up a leadoff double in the tenth. Mel Rojas replaced Martinez and the Expos won 1-0.) In the meantime, check out this YouTube video of a perfect game thrown by a New York Mets pitcher during an “MLB 2K7” game on Xbox 360.

No. Well, not yet anyway. The Mets streak has lasted 46 seasons. The Philadelphia Phillies were void of a no hitter for 57 seasons between 1907 and 1963.

This entry was posted in General and tagged history, new york mets, no hitter. Bookmark the permalink.

2 Responses to Welcome to NoNoHitters.com …