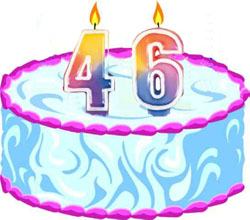 The date was April 11, 1962, and the Mets were playing their first ever regular season contest against the St. Louis Cardinals at Sportsman’s Park.

Starting pitcher Roger Craig got leadoff batter Curt Flood to fly out to center, but then second-baseman Julian Javier stepped into the box and hit a line drive single to left, thus killing Craig’s quest to ensure his place in New York Metropolitan Baseball Club history. The count advanced to “1.”

A mere 7,327 games later, we’re still waiting for the Mets’ first no hitter!

Well folks, today just could be the day!

One Response to Happy 46th anniversary!