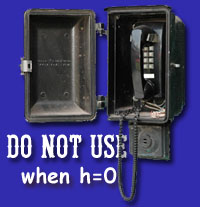 Should a starting pitcher ever get pulled with a no-hitter still alive? Ask a San Diego Padres fan.

On July 21, 1970, the New York Mets were beating the Padres 1-0, but Padres starter Clay Kirby still had a no-hitter going through eight innings. With two outs in the bottom of the eighth, San Diego skipper Preston Gomez decided to pull Kirby for a pinch hitter, Cito Gaston. Gaston struck out, reliever Jack Baldschun gave up a ninth-inning leadoff single to Bud Harrelson and the Mets rallied to pad their lead to 3-0, which would be the final score.

Thirty-nine years later, the Padres still don’t have a no-hitter. Would Kirby have reached base and started a rally that would have given them a 2-1 lead and an eventual no-no win? Would Kirby have struck out, yet kept the no-hitter alive through the top of the ninth to set up a ninth-inning Padres walk-off victory? We’ll never know.

OK, so the Mets don’t have a no-hitter either, but at least our managers never went to the bullpen with a no-hitter through eight. The Mets have, however, played in 11 games in which the pitcher who started the game left with a no-hitter intact. Here they are, from oldest to most recent, with their timestamps from our NoNoHitters.com count. A huge thanks to Mets Walk-Offs for his research help with this posting.

Nolan Ryan pitched 2 1/3 inings of no-hit ball against the Atlanta Braves before being pulled due to a thigh injury, according to the N.Y. Times. Manager Gil Hodges brought in an experienced no-no pitcher, Don Cardwell, who had accomplished the feat nine years earlier as a Chicago Cub. Unfortunately, Cardwell lost the no-hitter on the very next batter, giving up a double to opposing pitcher Jim Britton to make it 1,246 New York Mets games without a no-no. The Mets went on to win 3-0, with the Braves scattering five hits. Ryan would, of course, go on to pitch seven career no-hitters – none as a Met.

Although Mets’ starter Craig Swan left the second inning of this game against the Philadelphia Phillies with a live no-hitter, there was no way Mets Manager Joe Torre was going to wait and see how this one would play out. Swannie opened the game by walking leadoff batter Bake McBride and letting him steal second. Then he walked Larry Bowa and let both McBride and Bowa advance on steals. Mike Schmidt followed with a sacrifice fly and the Mets were down 1-0. Swan got out of the inning with the no-no still intact, but walked the first three batters in the second before Torre gave the ball to reliever Bob Myrick. Myrick gave up a bases-loaded single to opposing pitcher Randy Lerch to make it 2,572 Mets games without a no-hitter. Phillies 8, Mets 3 in a game that featured nine Phillies hits.

Mets starter Pat Zachry, who came over from the Cincinnati Reds in the Tom Seaver trade, had a perfect game through 2 innings before stepping up to the plate with Doug Flynn on first and Hubie Brooks on third with no outs in the top of the third inning. Zachry hit into a 1-6-3 double play, pulling a leg muscle trying to beat out the throw (Brooks didn’t score on the play.) Roy Lee Jackson took the ball in the bottom of the third and continued the perfection for four more outs before giving up a single to Pete Rose in the fourth – the 3,060th time the Mets’ lost their chance at the franchise’s first no-hitter. A four-hit fifth inning gave the Phillies a 2-0 lead, and they held on for a 2-1 win in a game with a total of six Phils’ hits.

Tim Leary threw 2 innings of no-hit ball against the Chicago Cubs, with his only baserunner reaching on a two-out second-inning walk and advancing on a wild pitch. Leary got the third out, but was forced to leave the game with a sore right elbow, according to the N.Y. Times. Reliever Pete Falcone took the mound for the third and kept the no-no going until the fifth inning, when he gave up a one-out single to Ken Reitz to make it 3,077 games without a Mets no-hitter. The Mets won 2-1, but Leary would not appear in another Mets game until Sept. 25, 1983.

Mike Scott, who would go on to pitch a no-hitter as a Houston Astro five years later, retired all three batters he faced in the first inning of this game against the Montreal Expos. But, according to the N.Y. Times, Scott was dealing with a lingering elbow issue and Manager Joe Torre didn’t like how he was throwing. Ed Lynch took the hill for the second inning, and after getting Gary Carter to foul out on a pop-fly, he gave up a single to right by Lance Parrish for the 3,178th Mets game without a no-no. New York lost 5-4 in a matchup that turned into a nine-hitter.

Randy Jones opened this home game against the Montreal Expos by issuing bases-on-balls to Jerry White, Mike Gates, Andre Dawson and Al Oliver, with the fourth walk scoring a run. Mets Manger George Bamberger opted for reliever Ed Lynch, who got the first two outs before giving up a Warren Cromartie single that scored two runs – both charged to Johnson. Cromartie’s single would advance our eventual NoNoHitters.com count to 3,244 games. The Mets would go on to win this game in the “H” column 11 to 5, but lost in the more-important “R” column 4-3. It’s the only New York Mets game in their history in which the starting pitcher left the game without giving up a single hit, but also without getting a single out.

Tom Seaver, who returned to the Mets in 1983 after accomplishing his only career no-hitter as a Cincinnati Red, retired the first three Montreal Expos – and they would be the last batters he’d face as a New York Met. Seaver strained his lower back running on the wet turf, according to the N.Y. Times. Reliever Brent Gaff took the ball for the second inning and gave up a single to the first batter he faced, Mike Stenhouse, to make it 3,501 Mets games without a no-no. Gaff would get the 5-4 victory despite giving up four runs and 10 hits in 5 1/3 innings of work. The Expos tagged the Mets’ pitching staff for a total of 10 hits.

Sid Fernandez held the San Francisco Giants hitless for four innings and had a 4-0 lead when he hit a two-out RBI triple to center. Fernandez injured his hamstring running out the three-bagger (according to Mets Walk-Offs, who was at Shea that night) but El Sid returned to pitch the fifth inning and fought through the pain to keep his no-hitter going. Doug Sisk got the ball for the sixth inning, and he walked one batter and hit another before blowing Sid’s no-no on a Mike Aldrete single to left. The hit advanced the Mets’ no-hitters drought to 4,022 games. Mets 8, Giants 3 in a six-hitter. The game marks the longest New York Mets outing for a starting pitcher that was pulled from the game with a no-hitter still alive.

Sid Fernandez retired the first three San Diego Padres he faced, but a knee injury forced the Mets to pull him for the start of the second inning in favor of Terry Leach. After striking out Carmelo Martinez, Leach gave up a single to Keith Moreland to make it 4,287 games without a no-hitter. Leach would take the 6-3 loss, giving up four runs on eight hits in 6 innings of work. The Padres would end the day with 13 hits and the injury would force Sid to miss about three weeks in August.

During a rain-filled day at Citizens Bank Park, Matt Ginter had a no-hitter going for three innings, issuing just one walk. But after the second rain delay, Manager Art Howe decided not to send Ginter out for the fourth, according to AP. Howe put the no-no in the hands of Orber Moreno. Moreno got the first out but let Bobby Abreau reach base on a single for the 6,722nd Mets game without a no-hitter. Six Mets pitchers combined for a five-hit 5-3 victory in what is the second longest of these abandoned no-no outings in Mets history.

Victor Zambrano retired the first Atlanta Braves he faced at Shea this day, but was forced to leave the game in the second inning with a torn flexor tendon, an injury that would end his season and necessitate Tommy John surgery. After getting Andruw Jones to go down swinging, Zambrano ran off the mound and into dugout, said Mets Walk-Offs, who was there. Darren Oliver took over and retired the fifth batter before giving up a home run to Jeff Francoeur, making it 7,024 games without a Mets no-hitter. Mets 6, Braves 5, in a game with nine Atlanta hits.

Some of the information used here was obtained free of charge from and is copyrighted by Retrosheet. Interested parties may contact Retrosheet at www.retrosheet.org.