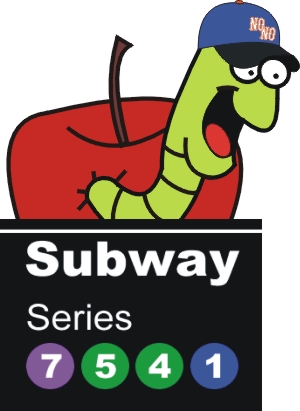 Luis Castillo dropped an easy pop-up with two outs in the bottom of the ninth to hand the Yankees a 9-8 win at the new Yankee Stadium for the first game of the 2009 Subway Series.

The Mets had an 8-7 lead heading into the bottom of the ninth. Closer Francisco Rodriguez let Derek Jeter reach on a single up the middle and walked issued an intentional fourth-ball to Teixeira before setting up a two-out K-Rod vs. A-Rod battle. K-Rod spotted A-Rod a 3-0 count before throwing a call strike and then getting Alex to launch a high fly-ball just past second that should have been an easy snag.

But Castillo one-handed it, and Jeter and Teixeira scored for a devastating walk-off win. This one was bad … just bad.

The Bronx Bombers lived up their name Friday night with four dingers off Mets’ pitchers – three of them from starter Livan Hernandez. Hernandez lost his no-hitter in the second inning when Robinson Cano blasted a home run to right, giving the Yanks an early 1-0 lead and advancing our NoNoHitters.com count to 7,541 games.

The Mets were able to take a 2-1 lead in the third by stringing together some Joba Chamberlain walks and hit-batsmen, but Mark Teixeira made it 3-2 Yankees by knocking an outside pitch over the right-center field fence in the bottom half of the inning.

The Mets retook the lead in the fourth with a four-run rally off reliever Brett Tomko.

Carlos Beltran kicked it off with double in the gap that was misplayed by Nick Swisher. After Beltran stole third and David Wright walked, Ryan Church doubled home both of them with a drive into right-center. Church reached third on the play when Cano’s throw home hit Wright.

Gary Sheffield then stepped up and ripped a two-run homer down the left field line to extend the Mets’ lead to 6-3.

Jeter added another run with a homer in the fifth before pulling ahead in the sixth after Hernandez got the hook when Cano singled up the middle and Posado walked (after blasting a just-foul shot down the right field line). Mets manager Jerry Manuel brought in AAA newcomer Jon Switzer, who served up a meatball that Hideki Matsui sent flying to right to make it 7-6 Yankees.

Sheffield helped the Mets get even in the seventh with a leadoff double that was followed by a Daniel Murphy single. The infield set up at double-play depth to concede the tying run, and that’s exactly what happened as Fernando Tatis hit into a 4-6-3 to score Sheffield.

The Mets scored what should have been the winning run in the eighth inning when Wright doubled home Beltran.