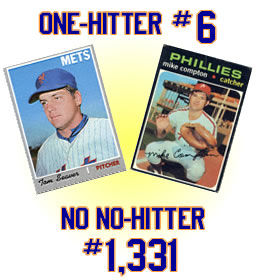 The Mets had a travel day after Gary Gentry’s one-hitter, but Seaver took the mound the next night at Connie Mack Stadium and dominated the Phillies with a 15-strikeout performance.