No hitters thrown against the Mets

With today’s off day, we delve a little deeper into New York Mets no hitters history by looking at opposing pitchers who have thrown no hitters against the Mets. Sandy Koufax, Jim Bunning, Bob Moose, Bill Stoneman, Ed Halicki and Darryl Kile have all accomplished this feat with the Mets as their victims.

This will also be kept as a permanent page here, although we hope to not have to update it this year! 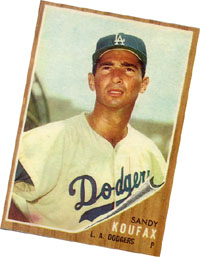 OK, so the 1962 New York Mets’ lineup wasn’t the most talented of all time (in fact the squad’s 120 losses remain a Major League record), but throwing a no hitter against any team is still an accomplishment – even for an eventual Hall of Famer.

Starter Bob L. Miller (we use the initial because he was one of two Bob Millers in the Mets’ starting rotation) lasted just 2/3 of an inning, giving up 4 runs on 5 hits, helping to set the stage for one of Koufax’s four career no hitters. 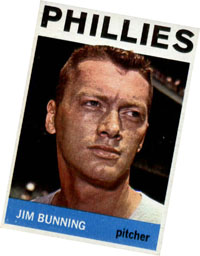 Bunning struck out 10, with the 10th coming in the bottom of the 9th against pinch hitter John Stephenson – the 27th straight batter he retired. 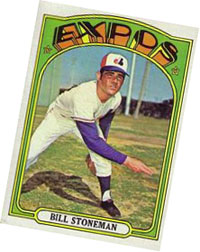 When Bill Stoneman took the mound at Montreal’s Jarry Park on Oct. 2, 1972, he already had one no hitter under his belt. (Stoneman in ’69 had tossed a 7-0 no hitter for the Expos against the Phililes.)

The Mets actually had 12 hits the day that San Francisco Giants pitcher El Halicki hurled his no hitter against the team. 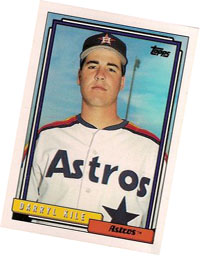 Darryl Kile, who tragically died of heart trouble in 2002 while he was with the St. Louis Cardinals, pitched a no hitter against the Mets in 1993 when he was wearing a Houston Astros uniform.

3 Responses to No hitters thrown against the Mets