Here is the fifth installment of our periodic feature on the Mets’ 33 one-hitters. 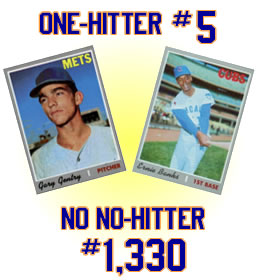